The Almost Everything Bio for Lisa B (Lisa Bernstein)

Lisa's practice as an intuitive reader, energy-healer, and coach.

Intuitive and clairvoyant Lisa B (Lisa Bernstein) has provided professional readings, energetic healings, and coaching since 1993. She completed undergraduate and graduate programs in the late 1980s and early 1990s at the Berkeley Psychic Institute and Aesclepion Healing Center in Northern California, and she continues to refresh and expand her skills with additional training. With virtually all of her practice so far powered by word-of-mouth, she has given hundreds of readings and energy-healings by phone and in person.

Lisa B addresses questions about overall growth and well-being, relationships, career, family, creativity, pets, crossroads and decisions, and past lives.  Using clairvoyance and other intuitive abilities (and, at parties and on request, tarot cards), Lisa draws on her own perceptions and insight in readings rather than channeling any other entity. Every reading is a journey she takes with her client toward greater understanding of that person's individual truth. Along the way, Lisa sees specific, accurate details and underlying dynamics; moves out energy blocks and programming; and gives clear answers to questions. She also works with clients one-on-one to teach them basic intuitive tools to get more in synch with themselves and feel better.

Poetry publications. Lisa B is also a poet and singer. She is the author of the poetry book The Transparent Body (Wesleyan University Press, 1989) and the chapbook of poems Anorexia (Five Fingers Poetry, 1985). Her poems have appeared in more than 60 anthologies and periodicals, including Ladies Start Your Engines: Women Writers on Cars and the Road (Faber and Faber); Beyond Lament: Poets of the World Bearing Witness to the Holocaust  (Northwestern University Press); Orpheus and Company: Contemporary Poems on Greek Mythology (University Press of New England); and The Kenyon Review, Tikkun, Ploughshares, Poetry International, Calyx, Brilliant Corners, Field, City Lights Review, Zyzzyva, Caliban and Caliban Online, Lilith, Antaeus, Yellow Silk, and Feminist Studies, with work recently in War, Literature, and the Arts. She co-founded the literary magazine Five Fingers Review with poet Kim Addonizio and four others, serving as an editor-publisher from 1982 through 1986; it was named Best New Magazine by the Coordinating Council of Literary Magazines.

Teaching. Lisa B held a two-year term as Associate Director of The Poetry Center and lecturer in creative writing at San Francisco State University. She also was a faculty member for three summers at the Foothill College Writers Conference in Los Altos, Calif. In addition, Lisa taught poetry-writing as a volunteer for five years to second- through fourth-graders in the Emeryville, Calif., public elementary school, and she secured a grant to teach a summer poetry-writing and performance workshop for elementary and middle school kids at a city recreation center near her home in Oakland, Calif. Lisa’s other teaching activities include offering workshops on mind-body-spirit tools for vocalists and public speakers; a workshop at the Jazzschool in Berkeley, Calif. called “The Singer’s Life: Where to Start (and How to Keep Going)”; and a class on “Vocal & Energetic Techniques for Self-Healing & Finding Your Creative Path” at the Blue Bear School of Music, San Francisco.

Singer and performer. As a jazz singer-songwriter, Lisa B incorporates poetry and lyrical, poetic rap into her original compositions and interpretations of standards. She has co-produced and released seven full-length CDs featuring herself and her band. Each album received radio play and charting on more than 100 stations and excellent reviews in the national music press. Her music is available from iTunes, Amazon, and other online and brick-and-mortar outlets worldwide.

She has performed, usually with her trio, at more than 90 venues, including festivals such as the Harmony Festival at the Santa Rosa, Calif., Fairgrounds, the Montclair Jazz Festival, and the 2nd Annual Bay Area JazzPoetry Festival; the educational venues Stanford University, UC Berkeley Art Museum, and Foothill College in Los Altos, Calif.; numerous Borders, Rasputin Records, and other book and record stores; and various music clubs.

In addition, she has given more than 75 poetry readings, including such venues as La Mama, WOW Cafe Theatre, and The Donnell Center of the New York Public Library in New York, NY; Cody’s Books in Berkeley; University of California at Santa Cruz and the Santa Cruz Poetry Festival; Intersection and The Marsh in San Francisco; Beyond Baroque in Venice, Calif.; The Writer’s Center in Bethesda, Maryland; and numerous bookstores, cafes, and other performance venues.

Radio and media. Lisa has been interviewed, with repeat appearances, on many terrestrial radio stations (domestically, as well as internationally on Voice of America) and internet radio stations. Lisa also has produced six music videos, which are available on YouTube. For links, search “Lisa B (Lisa Bernstein)” (use both names with or without parens to avoid reaching various other spoken word artists, singers, authors, and intuitives named Lisa B or Lisa Bernstein, as wonderful as they may be) and see Lisa’s music website, www.lisabmusic.com .

More career activities. In addition to working as an intuitive consultant and a poet and singer, Lisa B for many years maintained a third part-time career as a technical and marketing writer and editor, mainly for private companies and municipalities engaged in environmental science and engineering. Through her three different careers, she has tapped her intuitive, creative, and analytical abilities.

Education. Lisa holds a B.A. with honors in English literature/creative writing from the University of California at Santa Cruz, where she was a UC President’s Scholar for four years, and an M.A. in English literature/creative writing from San Francisco State University, where she was an Academy of American Poets Prize recipient.

Home. Lisa B (Lisa Bernstein) lives in Oakland, Calif., where she enjoys her longtime friends, family, and collaborators; explores the rich culture and diverse communities of the Bay Area; relaxes with books (especially mysteries) and DVDs; and restores herself in her garden. After years of being owned by cats, she is now besotted with her black German Shepherd. She loves to travel, especially to warm places with beaches, and speaks Spanish fluently.

Let's look at your path, past, present, & future 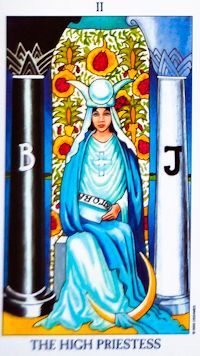 Ready for a change?

You’re here because you’re in a phase of growth and you’re looking for some answers.

Take a deep breath and exhale – then pat yourself on the back. Really. If it makes you inwardly laugh a little, well, good – that means you’ve just raised your vibration.