Fear is a feeling. And like all feelings or emotions, it is physical. That is, fear mainly has to do with the body. 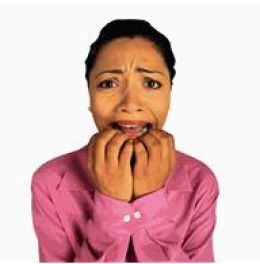 Despite its physicality, fear can keep you, the spirit, from moving forward.

I help many of my clairvoyant reading clients work through their fears. It makes sense that fear often comes up in a reading. Usually, someone contacts me because they want to make a change, embark on a new direction, or get guidance about an opportunity or decision. With the contemplation of risk, some fear may light up – followed by a request for help.

My neutral, clairvoyant response (with a dash of calm Jewish mother) is twofold: 1) assess the present situation and 2) check out the fear that it has triggered for the person. Then we can narrow the gap between the two – the upcoming opportunity vs. the fears – noticing whether the latter really have anything to do with the former, or instead are spectres from the past.

Now that insight is the gift you want to get to. The opening feeling of possibility now.

How does it work for me to look at your fears? First, I see a particular energy of fear as a color vibration somewhere in your personal space (your body and aura). Then the origins of the fear reveal themselves to me, as static pictures or a kind of movie. Then we can talk it through and create some release together.

Sounds easy, right? Yes, and no. Read on. But first, a bit more about fear.

It’s a powerful ally, the red flag that can save your life once you sense possible danger to your physical well-being. 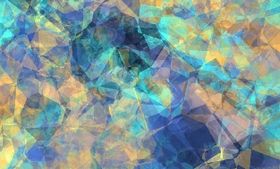 Your brain responds to the red flag by automatically coordinating an impressive array of physical responses in a chain reaction, what we call a “fight or flight” response. Chemical releases make your heart race, your breath speed up, your muscles mobilize. Systems you don’t need, like digestion, slow down. Abilities you do need, like eyesight, sharpen. Your thinking is more reactive than rational.

While these responses make sense in imminent danger, if you feel constant fear or a sense of unending threat, you can find yourself partly shutting down. This shutdown is a physical response. Chronic fear can dampen your immune system, damage your cardiovascular function, screw up your digestion, cause ulcers, even decrease fertility. Yikes!

Ongoing fear even short-circuits the healthy processes of the brain. When you’re in fear, the world, of course, looks scarier.

A vicious cycle of more anxiety may start. It’s harder to read clues and information we find in others. We may not recognize opportunities or make sound decisions. Even low-level fear amps us up too much, then leading to fatigue and depression.

So, back to you and your fears, and a story that may yield tactics to deal with them. 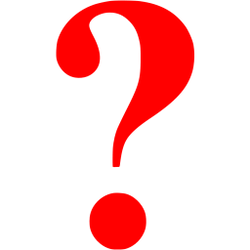 I’ve been working regularly with someone on a mission to improve her financial situation. I’ll call her Marjorie (and never fear, she approved this blog post). A job opportunity had come up within her current workplace, a government office, that piqued her interest, but she had some reluctance about pursuing it. It would be more interesting than her current position, with better pay and improved status. Still, she felt torn about applying. I took a look at it and saw that it was a great opportunity for her.

Marjorie applied for the job. Shortly after, she was indeed invited to interview. She called to tell me she felt conflicted and fearful and wanted to dump the whole pursuit. So at her request I took a more in-depth look at it.

First, I clarified that she should do what she wanted and what would make her feel good. Don’t go after this thing for me or anyone else.

Next, we looked one by one at Marjorie’s specific fears. Would applying for this big promotion attract unwanted attention from her coworkers, when she preferred to keep her head down and stay out of the office gossip loop? And would her low-profile “outsider” role in the office hurt her chances?

I saw that neither was true; in fact, going for the new position would lead to her gaining more respect from her coworkers. And somehow her outsider status didn’t look like a problem in applying for the position. And Marjorie acknowledged that her feeling of being a bit covert in the office and knowing that others didn’t accurately see her substantial capabilities had downsides: she felt isolated and undervalued. 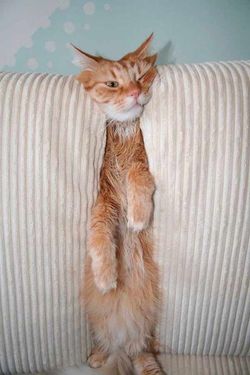 And didn’t that mean it was a waste of Marjorie’s time to apply? Actually, Marjorie and I talked about how applying anyway could be a beneficial chance to gather letters of recommendation for other positions, which would have the added benefit of attracting increased respect for her now that she was being considered for the job. And it was possible that the supervisor would move away or change direction, or who knows what – so applying could pan out.

What about the background check that could be involved – wouldn’t it give her disgruntled ex the chance to soil her reputation?

Somehow, in my clairvoyant assessment, this element didn’t look damaging. It looked to me that her ex would be an unreliable information source to the employer. And Marjorie clarified that she would have a chance to rebut anything the ex said, and that a background check may not even be necessary.

Finally, wouldn’t this high-profile position put a damper on her personal freedom? Could she go out and have a drink and enjoy herself without worrying about damaging the office’s reputation? It didn’t look like a realistic downside to me.

So one by one, Marjorie’s superficial fears melted into non-issues – at least, as I saw it clairvoyantly.

Having looked at the more short-term fears, I suggested we move on to another energy I saw in her space: the underlying fear Marjorie felt about applying for the position.

She then hit on a great insight: she now felt confident and free when applying for jobs in other organizations, but with this application, people in her current workplace would be talking about her – and that made her anxious. Her body felt afraid at the thought of it, complete with some shortness of breath, muscle tension, and some of the other symptoms listed above.

What was it about knowing that others who knew her already would be talking about her that was so scary and uncomfortable?

In fact, I saw a picture of her hiding in a closet as a little girl. I asked Marjorie if this happened and what it reminded her of. Marjorie then shared with me some details about the abuse that had unfolded in her family. (This made me sad and angry, but I was able to stay neutral and keep looking at her space without bias.)

I noticed she had received energy programming from others in her family that said the abuse was not supposed to be exposed. No one was supposed to talk about it, to other family members or to those outside the family.

This trauma, and this energetic command to keep it a secret, had been re-stimulated by Marjorie’s coming out of hiding in her office through her application for the high-profile position.

And the re-stimulated trauma was expressed in Marjorie’s discomfort with the idea of people in her day-to-day reality talking about her and her “background” – though of course the childhood trauma in her background would never have been exposed in this context.

As we talked about all this, Marjorie identified a related fear: that her interviewers would find out she was lying in her resume and her cover letter – although she wasn’t. This fear, I saw, also was rooted in the old childhood trauma and the related energy pictures about what would happen if she told the truth: maybe she would be accused of lying.

We had hit on some of the roots of her fear. She had already done a lot of work on this issue over the years, but it had revealed itself again. Sometimes trauma requires a number of passes to fully release its impact. Sometimes it never fully goes away. But you can diminish its effect on you over time.

So now, in the session, I used energy clearing and healing techniques to help Marjorie release more of its impact. She noticed a great sense of release and relief.

I then helped Marjorie replenish her cleared-out personal space with her own good-feeling vibration, using visualization with her and the help of my healing guides. 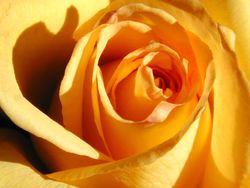 During the week after this session, Marjorie still went back and forth about scheduling the job interview. But she kept gathering more information about the opportunity from a couple of trusted folks in her office.

Interestingly, she learned that her “outsider” status in the office was a plus (I had seen that it wasn’t a problem, but being an asset was even better), as the person who would be her new supervisor if she were promoted wanted someone who didn’t gossip and who was discreet.

So she embarked on the pre-interview requirement to gather letters of recommendation from some others in her office.

To her surprise, her current supervisor gave her an incredibly glowing recommendation. Her positive feelings grew, both about herself and her officemates. And as Marjorie updated her resume and read over the letters, she felt more and more confident, thinking, Wow, I’m pretty good! All this was a big boost, even without the interview!

I got a call from Marjorie the night of the interview. It had gone fantastically. She triumphantly narrated how empowered, articulate, and confident she felt, and the respect and interest in her qualifications she noticed from the panel of interviewers.

Whether or not she gets the job, her sense of self, and her status in the workplace, had changed. 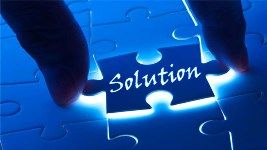 So by taking the risk of applying for a high-profile promotion, Marjorie became aware of her surface fears, which we could address one by one.

These really were red flags pointing to a big underlying fear, one that had receded shadowlike into the background of her awareness – don’t come out of hiding among your immediate family, even your work family, and don’t put yourself in a position of being talked about. Who knew this dynamic was still present in her current government position?

Seeing the underlying, outdated, yet still extremely charged fear gave Marjorie the chance to more fully eradicate this energetic presence in her reality.

With some help, she had enabled herself not only to start fulfilling her goals, but also to reduce the negative impact on her health, perceptions, and dreams that even background chronic fear creates.

And in the short term, she had raised her visibility in the office, saw that she had allies there, gathered excellent letters of recommendation, performed great in a high-profile job interview, and bolstered her professional self-confidence.

No matter what happens next, Marjorie had won. She had gained more freedom and more happiness.

Don’t fear your fears. When they come up, see it as a chance to get to know them better – with a bit of perspective.

You’ll see that your fears are not you. Rather, they are separate energy entities adhering to you, often just artifacts of your past experience. Little by little, or a lot by a lot, you can release them.