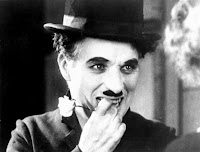 How can something as simple – and as silly – as being amused be a spiritual technique?

Yet the ability to find some humor in whatever you’re dealing with is one of the most important skills to have in your arsenal, both as a diabetic and as a conscious energy worker. (You didn’t know yet that you’re an energy worker? Energy workers of the world, unite!) It’s the most general tool I can teach you, but it’s the one that strengthens every other tool.

Finding even a little bit of amusement helps you handle situations and people in both the past and the present.

Simply put, amusement gives you a little perspective. When you’re overwhelmed, amusement disarms what’s overwhelming you. With that inch or two of breathing room, you can then find more of a neutral perspective on what’s getting thrown at you or what you’ve been carrying around.

And a feeling of amusement, of mild readiness to laugh, is especially helpful to activate when your powers of awareness start getting stronger and you start consciously noticing energy that’s demanding more than you want to give.

As you learn and practice specific spiritual techniques for handling energy while handling diabetes, use amusement as your trusty ally, who’s always ready to help, who can color the situation more comfortably for you. Let amusement be the Robin to your Batman, the Sancho Panza to your Don Quixote, the Rhoda to your Mary Tyler Moore (OK, I really wanted an excuse to mention Moore, a formidable diabetic warrior woman).

Amusement is the first step to separating from the energy streams all around you.

For diabetics, the ability to separate from the energy streams all around us is especially important. For starters, that’s because we need to gain control of our own diet and exercise program rather than falling victim to the unprocessed-sugar-infused diet relentlessly hawked by most major food industries. Second, diabetes is a response to combination of stressors, and we must defuse the impact of stress on our systems. More fundamentally, diabetes is a disorder in which control of our own energy use and flow has been impaired. You want to regain that control of your energy, both literally and figuratively, and that means focusing for at least a few moments on your own space.

When you are slightly amused, you find separation from what you’re experiencing and even what you’re looking at. Suddenly, there’s a little bit of distance between you and it or him or her. You don’t have to gird yourself to resist the impact of the person or the situation. You don’t have to become the effect of it either. Suddenly, you simply remember that you are yourself – not what’s happening to you – and that you have your own experience of being alive at this moment.

So place the invisible, powerful tool of amusement inside your new spiritual mechanic’s toolbox. Mentally keep it handy: the slightly effervescent readiness to sense what’s funny about any situation. We’ll go on to add other tools to help you become the controller of your own energy, not the effect of someone else’s.

Finding amusement can mean calling up a thought or an image from your storehouse of mental pictures to lighten things up. Imagine that the person you’re dealing with is wearing a duck suit. Think of the funny face of your kid, the goofy thing your cat did. Even better, the goofy thing that you did. Even a nonsense rhyme or a ridiculous phrase can work (I like to think of Steve Martin saying “Those wild and crazy guys!,” for instance, and Digital Underground’s rendition of “The Humpty Dance”…am I dating myself here?). Whatever tickles you, get used to pulling it into your awareness. Norman Cousins, who wrote a pioneering book called Anatomy of an Illness documenting the healing power of humor, recommended watching a lot of funny movies. Try pressing the imaginary remote control and replaying in your mind a segment of one of your favorite funny movies, wherever and whenever you need to.

Amusement is a technique that lifts your energy.

Amusement really does lift your energy. When you see a tinge of humor in the situation you’re in, your awareness rises from the lower energy centers of your body, those concerned with survival and emotion, to the upper parts, those concerned with communication, clear-seeing, and wisdom. Notice that I keep referring to finding a bit of amusement as a technique, not a spontaneous response or an aspect of your character. The good news is that the way we are wired as humans means that we can physically trigger amusement. We can fake it, and it will start to emerge. If this seems implausible, try it. Your body and energy systems will respond to that little physical command of a smile, however tentative. Paste on a little smile. Feel the upper part of your cheeks lift up. You can’t help it: you start to feel that there’s something a little bit funny going on.

Most likely, a difficult situation feels chaotic. In that very disorder is the seed of comedy. Within every challenge you face is a funny side. Look for it. Think of a situation that’s weighing on you to practice on. Is there something about it that’s so out of whack that it’s a bit funny? Try on that attitude. Try on the smile. Does your body loosen up a bit; does your perspective change?

Let’s take a common, if not consequential, scenario: you’re in a glacial line at the grocery checkout counter and all you want to do is to get home. The checker is maddeningly slow. The people in front of you with their massive products piled up in carts have become your hated enemies. Decide to zero in on something amusing about the situation. How absurd that we’ve come so far from the immediacy of hunting and gathering, and yet you feel like a trapped boar right now in a herd of other idiotic trapped boars. How strange it is that most of the food has colored packaging around it. Isn’t there something a little bit weird about that, really? How great it is, in fact, that we get to buy this big load of stuff. Or even this little pile of stuff. See where I’m going? Feel your space lightening up a bit? The weight of anger and resentment dropping off at least somewhat?

Yes, that means you’re not in the role of the victim anymore. You’re in the role of someone who is exerting some control over your experience of the situation. I don’t mean to minimize victimization: we all have been the butt of unfair treatment, some of us more horribly than others. That is real. The horribleness persists within you, and that is real too. What you can change is your attitude toward it. Once you gain more perspective on a situation that’s out of whack, even wrong, you start to gain more power in relation to it. You can consider your options, and choose to act on one.