Tool #3: Ground Your Body (and Replenish It) 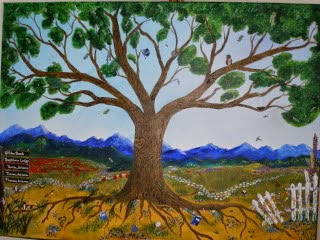 Here’s a great tool for letting go of the overload: imagine grounding your body to the earth.

Grounding clears out the clutter so you can go on, refreshed, and create what you want to do or have next. Grounding allows you to release the static – background chatter from the present as well as more highly charged stuff from the past that’s gotten restimulated throughout the day.

The spiritual tool of grounding lets you release excess energy from your body.

The image of grounding comes from the science and practice of electricity. An electrician will tell you that grounding an object removes excess electrical charge, whether positive or negative. A conductive pathway is set up between the object and a ground. Electrons travel along the pathway, releasing from the object, and the electrical charge of the object then becomes balanced.

We can adopt that metaphor and ground our “body electric,” as poet Walt Whitman called it. But we don’t use a ground that you can touch in a literal way, like a PVC pipe or a metal bar or a wire. We use an image, a picture, that is envisioned – and then put to work.

The body stores energy. A grounding cord releases it.

As you go through the day, week, month, OK, let’s just say, your whole life, you take on energy from people and experiences around you. You probably call it something besides “energy” – “stress,” or “tension.” Maybe it’s not all negative, and you call it “stimulus” or “data” or “inspiration.”

Well, you’ve got a few choices about what to do with this stuff, whatever you call it. You can hold onto it; you can pass it to someone; you can transform it into something else; or you can release it. 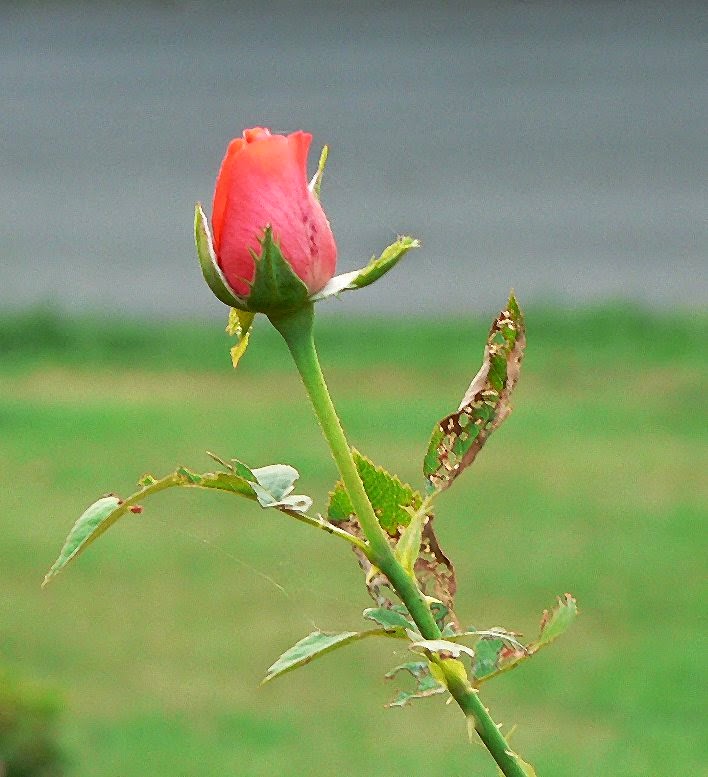 Often, holding onto this stuff means holding it in the body. The body is somewhat of a hoarder, instinctively helping you survive by collecting energy (sometimes in the form of calories) that it attracts throughout the day. But while the body contains programming to do this to help you survive, it’s not always particularly discriminating. It needs your help. Some energy is appropriate to store in your body and some isn’t. Your body often doesn’t know the difference.

You’ll start to know the difference, however, by virtue of the pain and discomfort you feel, some subtle and some blindingly obvious. I’m betting that as you read this right now, you’re becoming vividly aware of places in your body where you’re holding energy or tension that are now crying out for release.

A grounding cord can be your way of getting energy out of your body that doesn’t need to be stored there – a way other than venting to your friends on the phone or rummaging around on social media, for a couple of examples, to pass that energy on.

We start out grounding to our Moms – literally.

Grounding is something we take to pretty easily, because we know about it from being in the womb. Through an umbilical cord, all of us were grounded directly and physically to our mothers. At birth, that umbilical cord vanishes, but an energy cord remains, from the parent to the child’s first energy center, or chakra, at the base of the spine or the child’s third chakra above the belly button, to help ensure the child’s survival.

At some point between ages 4 and 9, the grounding cord from parent to child dissolves. If you’re a parent, you might know exactly what this means. All of a sudden things feel really different: your child is grounded to his or her peer group instead of to you, and he or she doesn’t listen to you in the same way as before. 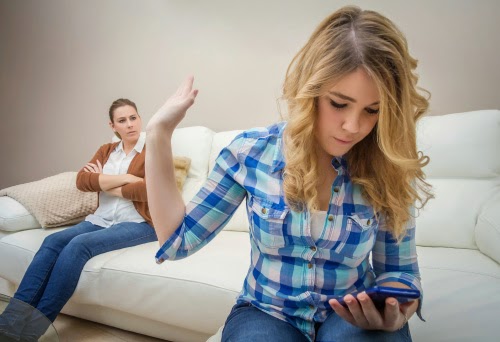 This intense connection to a group intensifies in adolescence. (And if adolescence is defined as grounding oneself through a peer group, some of us are still teenagers. Ever feel panicked when you couldn’t log on to your favorite social media outlet?)


Typically, we ground to other people and things.

Even if we’re not grounding ourselves through a peer group, many of us tend to ground ourselves through people or things. The difference between grounding and simple connection may be subtle. What’s the difference? You can tell if you’re grounding your body through a thing or another person if you need the connection to feel fundamentally secure. Maybe you’re a bit too dependently relying on someone you’re in a relationship with. Maybe you finally feel relaxed and grounded only when you’re in your kitchen or your garage.

Some people are grounded to something in the future (that job promotion, that trip to Hawaii), and when they get through it, then they can release and relax (until they set up the next future thing to ground through). Maybe you gain a sense of security by attaching yourself energetically to a pet – or a box of cookies. (I’ve never done that, of course. Uh huh.)

We all need and enjoy this range of connections. There’s nothing hugely wrong with them, but you want to be aware of the degree – so ask yourself: how dependent are you on this person or thing to feel an underlying sense of safety and stability?

The value of consciously using grounding as an energy tool, rather than haphazardly grounding your body through a person, thing, event, or social media page, is that it’s purer, it’s more direct, and you can control it.

For instance: have you ever grounded yourself through a love interest, only to discover that this delightful human is having a bad day or a worrisome crisis, or has in fact broken up with you, leaving you in the lurch energy-wise? Suddenly you feel as anxious and destabilized as the person you’re grounding yourself through. 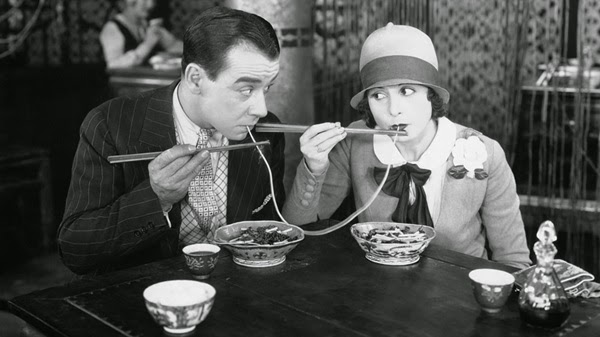 Or, let’s say you often ground your body using food. You feel tired or overloaded or scattered, and your tactic for getting your blurry spirit closer to your body is to create a trail made of a whole lot of potato chips. Or a few cans of soda. It’s the Hansel-and-Gretel approach, the mode of the fairytale kids who left a trail of breadcrumbs as they journeyed from home through a dark forest. The catch: when the breadcrumbs were eaten, the kids were lost.

You get the picture. If you want to feel grounded, then do what’s simplest: do it yourself, and do it directly. Actually ground your body using the energy tool of imagining a connection between your body and the earth.

Along with getting into the center or your head, grounding is where you start in meditation.

All the tools described here are aimed at helping you as an energy being, a spirit, communicate with and get into alignment with your body (or get your body into alignment with you). Why would you want to? Because – and as a diabetic, you’ve gotten an advance press release on this – it’s through communicating with your body that you get to reclaim your energy, feel better, and create the outcomes you want for yourself and even others. It’s all well and good to be. But you can’t overlook the fact that, in this incarnation at least, the way you be is via your human body.

The best way to start this next phase of your body-being communication it to take time out for it apart from any other activity. That is, sitting down in a quiet place and being present in the moment. This is the vantage point from which you most effectively create anything. We usually call this meditation. 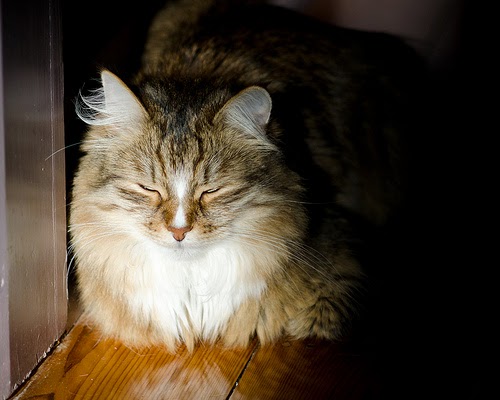 Next you’ll learn to ground by sitting down and closing your eyes, but later you’ll apply this to grounding while going through your day. Just as you don’t start out learning to type while riding a skateboard, it’s easier to learn to ground and find your energy space if you’re not doing a bunch of other things at the same time.

Actually, you can use these three tools in any order. Ground first, find the center of your head, get a little amused. Or, get your awareness centered in your head, find amusement, ground. You get the picture (I keep saying that, don’t I? I seem to want to remind you that “getting the picture” is an intuitive process too.)

I’ve been using intuitive tools for more than 25 years, and I often feel I’ve achieved something huge simply by managing to sit down and do these three simple, but radically redemptive, steps. And if I can hit all three with my eyes open going through my day, I feel as if I’ve triumphed.

Start by just sitting down, closing the door, and closing your eyes. It sounds pretty easy, but it may be the hardest part of any of this: stepping outside of the energy streams and demands all around you, and taking a few minutes to slow down – for yourself. You can read through the description of how to ground, then do it; it’s OK to peek at the text as you go through the steps.

How to ground, first time. 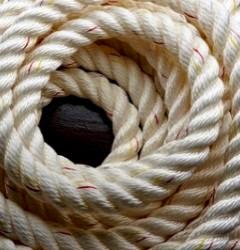 Was it easier than you expected? Did it feel a bit strange? Did it feel good? I expect that you’ll feel clearer now, more alert, and ready to do whatever you need to do, with a bit more energy.

More in the next post, including the replenishing part: http://lisabintuitive.com/lisabintuitive_blog/more_on_how_to_ground_your_body/
with a note to people with diabetes here: http://spiritualmechanicsofdiabetes.blogspot.com/2014/12/how-to-ground-your-body-part-2.html